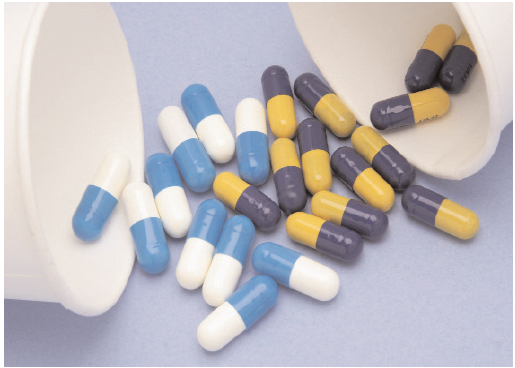 With drug-resistant staph infections making headlines, many concerned patients are trying to separate fact from fiction while learning how to best protect themselves and their families from these new "superbugs."

Although methicillin-resistant Staphylococcus aureus, or MRSA, is probably the most talked-about drug resistant infection, today about 70 percent of bacteria that cause infections in hospitals are resistant to at least one common antibiotic. Tuberculosis, gonorrhea, malaria, childhood ear infections, and other bacterial conditions are getting increasingly hard to treat. Many diseases can become untreatable, returning us to the days before antibiotics were invented. There are steps you can take, however, to help curb antibiotic resistance and reduce the likelihood of falling victim to MRSA and other drug resistant bacteria.

What Causes Antibiotic Resistance?
Antibiotic resistance is a natural process in the evolution of bacteria-single-celled organisms found on the inside and outside of the body, except in sterile areas, such as blood and spinal fluid. Most bacteria are harmless
and even beneficial. Some bacteria can cause illnesses such as strep throats or ear infections, which are
usually treated with antibiotic medications. When antibiotics are taken, they kill the bacteria that are
too weak to resist them-but those strong enough to withstand the antibiotic effect can survive, multiply, and
dominate the bacteria strain. Many social factors contribute to antibiotic resistance, as well. According to the Centers for Disease Control and Prevention, antibiotic prescriptions rose dramatically from 1985 to the early 1990s-by 7 million for sinusitis and by 8 million for middle-ear infections. At the same time, medical visits for children's ear infections doubled-a trend some have attributed to the widespread use of day-care facilities. Immunosuppressant
medications accompanying chemotherapy and transplants also predispose people to infections. Another contributor to the problem is inappropriate use of antibiotics. Impressed by the fast-acting relief from antibiotics, patients have gotten into the habit of demanding the powerful drugs for anything that ails them-without distinguishing between bacterial infections, which can be treated by antibiotics, and viral infections, which cannot. Moreover, instead of completing the course of treatment, some stop taking antibiotics when they feel better, contributing to bacterial resistance. Feeding antibiotics to animals-which are later consumed by humans as food-for disease prevention
and for weight gain has also been a cause for concern, potentially making human illness more difficult to treat.

How Can I Prevent Antibiotic Resistance?
• Boost your immunity by eating a quality diet, exercising,and reducing stress. During the cold and flu season, take vitamin C and zinc.
• Do not demand antibiotics for you or your child to treat viral infections, such as common colds, coughs, and flu.
Viruses don't respond to antibiotics and usually resolve within a week or two. If your symptoms get worse, notify
your health care provider to find the best treatment for your condition.
• Mild ear infections also heal by themselves within one or two weeks. Some anecdotal evidence shows that chiropractic adjustments may help relieve the pain associated with ear infections by allowing fluid to drain from the Eustachian tube.
• When prescribed antibiotics, stick to the schedule and take the entire dosage, even if you are feeling better. Stopping the antibiotic treatment too soon helps bacteria develop antibiotic resistance.
• Don't save any antibiotics for the next time you get sick. Discard any leftover medication after completing the course of treatment.
• Don't take an antibiotic prescribed for another person- it may not be appropriate for your condition.
Taking the wrong medication may delay recovery and prompt bacteria to multiply.
• Antibacterial cleaning products have not been proven to prevent the spread of infection better than non-antibacterial products. In fact, some preliminary studies have shown that antibacterial cleaning products may contribute to antibiotic resistance.

How Can I Protect Myself From Staph and MRSA?
The most effective way to prevent staph infections is to practice hygiene. Here are a few suggestions:
• Wash your hands before eating, after using the restroom, or after contact with potentially contaminated items.
• Keep your and your kids' wounds clean and covered. When wounds don't heal properly, seek medical attention.
• Avoid sharing and encourage children not to share personal items such as clothes, towels, soap, and razors.
• Promptly change wet and sweaty clothes, for example, after going to the gym, to prevent staph growth.
• When working out in a gym, use your own yoga mat, shower with flip-flops, and sanitize any fitness equipment used.

What Are Staph and MRSA?
The first bacterium that has developed resistance to medications is staphylococcus aureus (staph). A form of staph infection called MRSA (methicillinresistant staphylococcus aureus) has caused concern in many school districts across the country after the death of a 17-year-old student in Virginia. MRSA, which does not respond to routine treatment with some common antibiotics, has long been associated with hospitals and other health care facilities, but has recently started appearing outside these settings. Staph can cause both mild and severe illness. Mild infections, which may look like a pimple or boil and can be red, swollen, painful, or have pus or other drainage, are usually easily treated. More serious infections may cause bloodstream or surgical infections, or pneumonia, with symptoms such as fever, chills, and shortness of breath. The good news is that serious infections can often be prevented. Approximately 25 percent to 30 percent of healthy people may carry staph and only one percent carry MRSA. Staph bacteria are often carried on the skin or in the nose of healthy people; most of the time, these bacteria are harmless. Staph is contracted through direct contact with skin, blood, or contaminated items, sometimes causing infection.