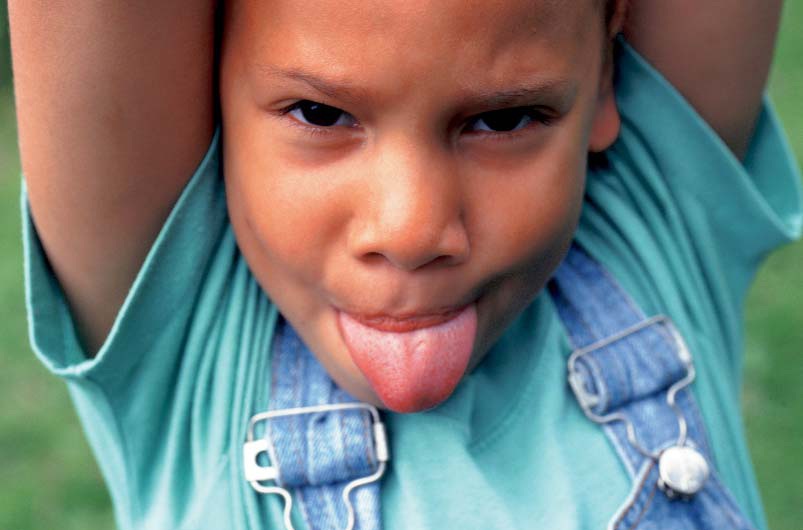 In the past decade, prescriptions for Ritalin, a stimulant medication commonly used for attention deficit hyperactivity disorder (ADHD), increased five-fold, with 90 percent of all prescriptions worldwide consumed
in the United States. As many parents grow leery of the traditional medical approach to ADHD, doctors of chiropractic are offering promising results with nondrug treatments that focus on postural muscles, nutrition and lifestyle changes that affect brain activity.

Some children may simply have difficulty learning certain subjects, but the current system-in a sense- prompts school officials to encourage their parents to have the children diagnosed with ADHD, says Dr. Scott Bautch, past president of the American Chiropractic Association (ACA) Council on Occupational Health. "The higher the number of disabled kids in the school, the more funding the school can apply for," says Dr. Bautch.

Some teachers might also have difficulty with students who have a different style of learning, according to Dr. Bautch. If the child is a visual learner-and the teacher is not-perhaps the child is not being taught in a way he or she can learn. Before diagnosing the child with ADHD, Dr. Bautch recommends doctors talk to the child and the parents: "Is the child too active? Bored?
Has dyslexia or a different learning pattern? It can be a behavior problem, problems at home, or frustrations with the teacher's style," explains Dr. Bautch. "If we went to a conference where the speakers taught in a way we can't learn, we would be frustrated and would misbehave-we'd get up and leave or chat to the person sitting next to us."

The traditional medical model, however, seems to follow the cookie-cutter principle. The diagnosis of ADHD is based on a questionnaire. But this is not enough, says Dr. Robert Melillo, a chiropractic neurologist. "True ADHD patients have other signs -tics, tremors, balance or postural problems, or unusual sensitivity to touch, movement, sights, or sounds." Unfortunately, although medications can keep ADHD under control, they don't cure it. Eighty percent of patients have ADHD features in adolescence, and up to 65 percent maintain them in adulthood.

Doctors of chiropractic and chiropractic neurologists offer a non-drug and non-invasive treatment alternative for ADHD patients that targets the underlying problems, not just symptoms. "Motor activity-especially development of the postural muscles-is the baseline function of brain activity. Anything affecting postural muscles will influence brain development. Musculoskeletal imbalance will create imbalance of brain activity, and one part of the brain will develop faster than the other, and that's what's happening in ADHD patients," says Dr. Melillo.

Chiropractic neurologists are trained to identify the underfunctioning part of the brain and find treatments to correct the problem, to help that hemisphere grow. "On every patient, we perform a brain function exam," says Dr. Frederick Carrick, president of the ACA Council on Neurology. "We test visual and auditory reflexes through, for example, flashing light in the eye, or asking patients to listen to music in one or the other ear."

When the problem is identified, patients are placed on a treatment program-and most of the therapies can be done at home. "Patients are asked to smell certain things several times a day ... or wear special glasses," says Dr. Mark S. Smith, a chiropractic neurologist. "We also focus on their individual problems. Some children, for example, have difficulty with planning, organization,
and coordination-so they benefit from timing therapies. They learn to clap or tap to the metronome, perform spinning and balancing exercises."

Although currently no studies comparing chiropractic neurological and medical treatment for ADHD are available, chiropractic neurologists are compiling the data. "We test children before they start the treatment and then every three months," says Dr. Melillo. "Within the first three months, the children get a twograde- level increase on average-which is pretty dramatic.
With children on medications, the improvement in academic performance is short term and lasts
only as long as they take the medication. Our programs change the brain function and the improvement doesn't go away."

If you or your loved one is diagnosed with ADHD or has the symptoms, ask your doctor of chiropractic if he or she has experience treating patients with the condition. Doctors of chiropractic are trained to identify neurological problems and find individual noninvasive treatment modalities. They can also assess your nutritional status and help you find the diet that will help you manage your condition.

Natural Ways to Prevent ADHD
Many chiropractic neurologists recommend nutrition and lifestyle changes that may help correct or prevent biochemical imbalances that cause ADHD.

Parents are encouraged to:
• Remove as many food dyes, sugar, preservatives, and additives from the diet as possible.
• Focus on natural, mostly organic foods with as few pesticides or herbicides as possible.
• Determine if there is an allergy-usually starting with dairy and gluten and try elimination
diets.
• Stop using pesticide sprays in the house.
• Avoid taking medications, nicotine, alcohol, and other drugs in pregnancy that may harm the fetus.
• Find ways to relax during pregnancy. Stress on the job may affect the unborn baby's health, as well.
• Breastfeed. The first months and years of a child's life are critical to physical and psychological development. Breastfeeding mothers' diets are important as well.