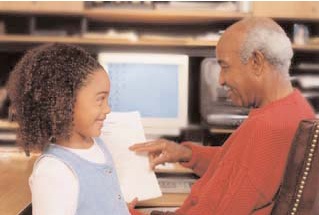 At least 70 percent of America's 30 million elementary school students use computers, according to a recent New York Times article. As a result of this increased
usage, doctors of chiropractic are treating more young patients suffering from the effects of working at computer stations that are either designed for adults or poorly designed for children. Many children are already suffering from repetitive motion injuries (RMI) such as carpal tunnel syndrome and chronic pain in the hands,
back, neck and shoulders.

A recently published study conducted by a team of researchers from Cornell University found that 40 percent of the elementary school children they studied used computer workstations that put them at postural risk. The remaining 60 percent scored in a range indicating "some concern."

"Emphasis needs to be placed on teaching children how to properly use computer workstations," stated Dr. Scott Bautch, of the American Chiropractic Association's Council on Occupational Health.

What Can You Do?
• If children and adults in your home share the same computer workstation, make certain that
the workstation can be modified for each child's use.
• Position the computer monitor so the top of the screen is at or below the child's eye level. This
can be accomplished by taking the computer off its base or stand, or having the child sit on firm pillows or phone books to reach the desired height.
• Make sure the chair at the workstation fits the child correctly. An ergonomic back cushion, pillow or a rolled-up towel can be placed in the small of the child's back for added back support.
• There should be two inches between the front edge of the seat and the back of the knees. The chair should have arm supports so that elbows are resting within a 70- to 135-degree angle to the computer keyboard.
• Wrists should be in a neutral position while typing - not angled up or down. The mousing surface should be close to the keyboard so your child doesn't have to hold the arm out. 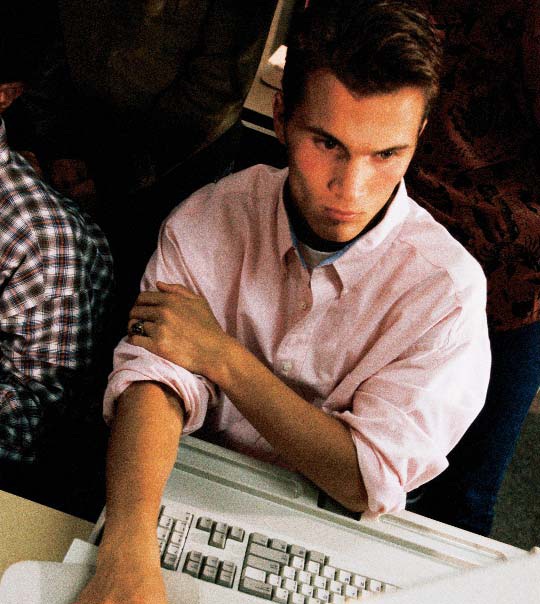 • The child's knees should be positioned at an
approximate 90- to 120-degree angle. To
accomplish this angle, feet can be placed on a foot rest, box, stool or similar object.
• Reduce eyestrain by making sure there is adequate lighting and that there is no glare on the
monitor screen. Use an antiglare screen if necessary.
• Limit your child's time at the computer and
make sure he or she takes periodic stretch
breaks during computing time. Stretches can
include: clenching hands into fists and moving
them in 10 circles inward and 10 circles outward;
placing hands in a praying position and
squeezing them together for 10 seconds and
then pointing them downward and squeezing
them together for 10 seconds; spreading fingers apart and then closing them one by one; standing and wrapping arms around the body and turning all the way to the left and then all the way to the right.
• Your child's muscles need adequate hydration to work properly and avoid injury. Encourage
your child to drink four 8-ounce glasses of water a day. Carbonated beverages, juices and
other sweet drinks are not a substitute.
• Urge your child's school or PTA officials to provide education on correct computer ergonomics
and to install ergonomically correct workstations.

"If your child continues to complain of pain and strain from sitting at a computer, see a doctor of chiropractic," urges Dr. Bautch. "A chiropractor can help alleviate your child's pain and help prevent further injury."